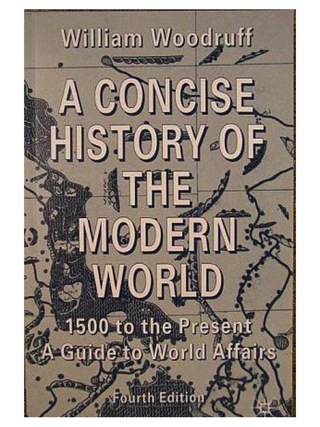 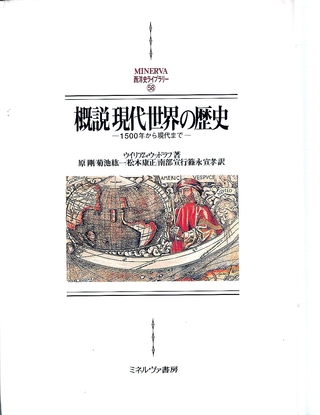 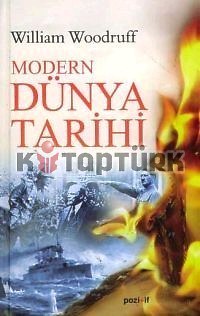 PREFACE TO THE FIFTH EDITION, 2005

'This overview of world history since AD 1500, with its underlying theme of shifting global power, tells in short compass how the modern world has come to be what it is.

In emphasizing the study of humanity as a whole, I share the thoughts of the English poet John Donne, "No man is an island entire of itself, every man is part of the main." In seeking to understand the totality, complexity and diversity of the past, I shifted my focus from the parts to the whole; from the nation to the world. While not denying the uniqueness of national or regional history, or the sub-specialisms that have proliferated these past fifty years, I felt that the growing communality and interdependence of nations justified my taking the wider, more pluralistic view.

To provide insights into five hundred years of world history and put them into compact form has not been easy. No matter how much one tries to avoid it, some items will invariably be given more, some less attention than they deserve; the tendency will be to present history as much more unidirectional and continuous than events in the real world confirm. In sifting the wheat from the chaff, I have followed the maxim of Voltaire: "Les détails qui ne mènent à rien sont dans l'histoire ce que sont les bagages dans une armée, impedimenta; il faut voir les choses en grand." (Meaningless details in history are like the baggage of an army: impedimenta; one must take the wider view.) Details are not ends in themselves.

Ultimately, it is the wider view that must gain our attention. We are threatened by worldwide terrorism. The United States has undertaken to liberate the world, whatever that may entail. China is undergoing rapid change that must eventually affect both East and West. As a result of a troubled Western conscience, Africa is being rediscovered. AIDS has grown to crisis proportions in parts of that continent. States that until recently were part of the old Soviet Union have transferred their loyalties to the expanded European Union. With the return of transcendentalism, the Middle East and the rest of the Islamic world are playing greater roles in geopolitics. Nothing is of greater concern to the Muslim world than the Israeli–Palestinian dispute. Because of the ongoing quest for oil, the Muslim countries of Central Asia have gained new importance. There is a new rivalry between the powers to control the oil resources of the Caspian region. Meanwhile, our planet tilts in the direction of an Asian-dominated world. Thinking globally has become a necessity.

Only by using the past to cast light on the present can we hope to know how the world has come to be what it is and where it might be headed. We are the only species who can learn from the past; we are threatened with extinction if we fail to do so.'

From the preface of the 1966 edition

'Because I believe that European economic history since the eighteenth century can only be understood in a world context, I have tried to show how the world has been affected by Europe's expansion. It is a story of common humanity - the chapter of national, colonial aggrandizement was short-lived. More enduring was the world-wide impact of western attitudes, beliefs and ideas; more enduring was the contribution of Europe's 'huddled masses' who migrated to every part of the earth; more enduring was the wide-spread investment of Europe's wealth, and the diffusion to all peoples of European agricultural and industrial technology, commerce, transport and communications. It is easy to forget how brief, how fleeting, when measured against the span of ancient civilizations such as that of the Indus and that of China, the period of European predominance has been; easy for us to stress what Europe has given to the world and overlook the intangible values that the world has lost as a result of European expansion.'

'...It is the work of a philosopher who tries to discover the thread of Ariadne ... Brilliantly written and full of rapid, profound generalizations, the opening and closing chapters contribute admirable material to any reflection upon European colonization as well as decolonization ... Without hesitation we state that this book is already a classic.' Henri Brugmans, Technology and Culture.

From the Preface of the 1975 edition

'About one's approach to history there will always be dispute. About America's need to see its history in a world context there can be no argument. It is especially important for the Americans not only because of their world political responsibilities but also because of their growing role in international commerce, industry and finance. There is ahead of us a struggle between the nation state and the realities of a growing world-wide economic order. Politically, the twentieth century is the age of the nation. In all other respects – in religion, art, science, technology, defence, finance, commerce and business – it is increasingly international and anational. Here lies one of the dilemmas of the modern age.' 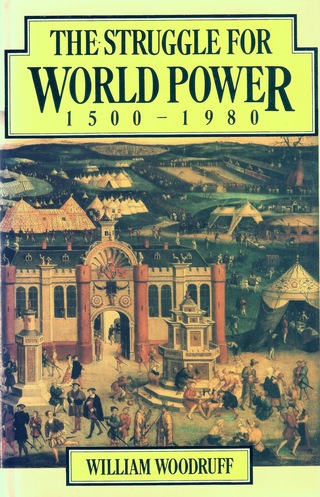 The Struggle for World Power throws light on the concerns of the generation that lived through the Cold War. The book was written a decade before the collapse of the Soviet Union in 1989. Thirty-five years later international relations are still dominated by coercion and arbitrary force, to say nothing of terrorism.

A Concise History of the Modern World
1500 to the Present

This wide-ranging analysis offers meaning rather than minutiae.

The Road to Nab End: An Extraordinary Northern Childhood

A fabulous portrait of working class life of the period - widely praised and reviewed.

The sequel to the No. 1 bestselling The Road to Nab End

"One of the most sensitive and moving books of the war, both authentic and poetic" A.L.Rowse, Times Literary Supplement

A whimsical quest for a Happy Land.