"...from the innocense of lazy college days to the horrors of war ... a passionate book ..." --Lancashire Evening Post

"A story that revels in the joy and despair of the past."  --The Good Book Guide

_______________________
When Sir George Kemp returns to Oxford University to launch a new barge for his old college, he notices a photograph of the rowing crew of which he had been cox; it was taken just after their victory in the Head-of-the-River race in 1939.

There was Alex Haverfield, the handsome natural leaderl; Charley Bradbury, a Scotsman with socialist leanings; Roger Blundell, lighthearted and mischievous; Bill Clark, a naval cadet; David Evans, the mathematical genius who talked in riddles; Max Elsfield, rude-tongued and fabulously wealthy; Tony Markham, a landed aristocrat with luck on his side; and Pat Riley, the charming, mysterious Irishman.

With international conflict inevitable, the nine friends find the promise of successful careers fading before the reality of the nightmare of the Second World War. George, joining the airforce, is worried about his German love, Johanna. Roger, fighting in France, doubts he'll ever see his fiancée Gloria again. David , facing romantic dilemmas, is becoming reckless and brave...

Ultimately this is a book about common humanity: the importance of virtues such as faith, loyalty and self-sacrifice. 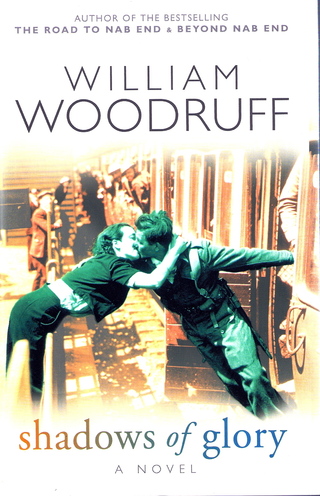